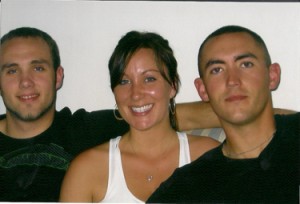 David James Smith, son of Mary Jane McWilliams and Leonard Smith and step parents John Jones and Olga Smith, the middle child to sister Kristen and brother Daniel, was born and raised in Frederick. He was part of a loving and extended family; he was a caring son, brother, uncle, nephew, cousin, and friend.

David’s college years included time at Salisbury University and East Carolina University (ECU). David joined the Marine Corps Reserves in 2003. His first tour of duty was in Iraq in 2006-2007 with the 4th Light Armored Reconnaissance Battalion, Bravo Company of Frederick, Maryland. He returned to ECU after this tour and was working toward a degree in Distribution and Logistics with an anticipated graduation in 2011. In October of 2009, David was deployed to Afghanistan. He was gravely injured by a suicide bomber on Jan. 23rd, 2010. and died of his injuries on Jan. 26, in Landstuhl Germany. David’s final wish was to be an organ donor, where his gift of life saved four others. 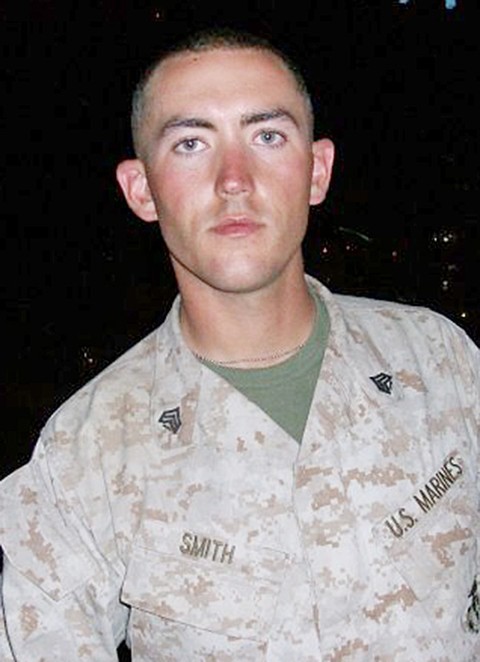 David loved life and living it to its fullest. He is remembered for a great sense of humor and an infectious laugh. He had a commanding presence evident to those around him. He was a devoted soul who cared about everyone in his life and had a way of bringing out the best in each of them.

Most of all David was a Marine and a patriot. He loved the Marine Corps, was honored and proud to serve his country, and was planning a military career utilizing his college degree.

The Sgt. David James Smith Memorial Golf Tournament has always supported the needs of our veterans. In 2021, we established a Fund that keeps this money in Frederick County to assist our local Veterans.

The Sgt David Smith Veteran Relief Fund, a component fund of The Community Foundation of Frederick County, a 501c3 public charity, was created to provide temporary assistance to Veterans in Frederick County.  Preference shall be given but not limited to housing assistance including rent and mortgage payments and deposits and fees associated with obtaining housing, utility payments, food, medical copayments, transportation to healthcare and behavioral health services, recreation and socialization, job training, medical support and complimentary therapies, and services to enhance and sustain the family unit. The ultimate beneficiaries of these services made possible by these grants must be residents of Frederick County, Maryland, with an honorable military discharge.

A scholarship is issued in his name every year at Frederick High School from an endowed fund. East Carolina University set up its own memorial scholarship at the School of Engineering and Technology, the David J. Smith Leadership Award. His legacy lives on.

The tournament is organized by David’s family and friends and is held at Musket Ridge Golf Club. The Sgt. David J. Smith Memorial Fund is our way of honoring David. We know he would be proud. 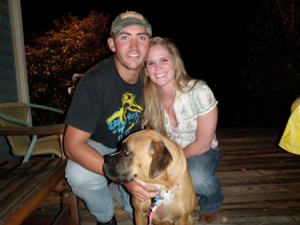 David, Kim, and their dog Jade